Join in on the Peace Day Radio Show this week with guest's from Water.org. Water.org is an incredible organization co-founded by Matt Damon and Gary White, It is a nonprofit organization that has transformed hundreds of communities in Africa, South Asia, and Central America by providing access to safe water and sanitation. Water.org works with local partners to deliver innovative solutions for… Continue

... list of Most Hopeless Bills on Congress.org. According to the author, Kristin Conyer:


"During 2007 and 2008, 11,077 bills were introduced in Congress, while just 460 were signed into law. That means for every new law that session there were 23 bills that didn't make it out of Congress. To be fair, some of those bills were resolutions…
Continue

Beyond 3 Cups of Tea, NM event

Today, seventy-two million children on the planet do not have access to primary education. Promises were made by Candidate Obama and by our country as a signer of the Millennium Development Goals to address this challenge. We, as citizens, have the power to ensure that our country and our President keep their promises and take a… 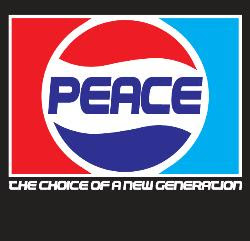 I greatly admire those who dedicate themselves, not only to championing important social causes, but also to the effort of engaging others in the democratic process. It seems as though more and more people and organizations are jumping on the bandwagon, which bodes well for the future IMHO. Change.org and Care2.com are leaders in this area, with millions of… Continue

Since one of my themes is the harm caused by “enemy images,” I can’t ignore our collective backyard, that is, U.S. politics. Talk show host Dev Ulz-Advokit recently interviewed me about this topic:…

Do You Have Empathy… for Conservatives?

The below was re-posted from AlterNet.

A lot of us left-of-center types like to think we have more empathy for other people’s pain than those hardhearted conservatives. But do we have any empathy for the pain conservatives are in? If you’re inclined to write a scathing comment just about that, please check out this post… Continue

Join the Compassion Project, sending compassion around the world. Www.theAvatarCourse.com

Building on the success of the first ever “Peace Day Global Broadcast” in 2009, viewed by millions of people around the world, we are… Continue

He walked along the road of life and saw a sign that said "Store of the sky" in and buy an Angel told me what you want ... The first thing I bought was Love, then Patience, Strength, Courage, Peace and Happiness. Then ask, How do I box? Then another angel said nothing, and showed me that Jesus paid the bill for a long time, but if you want to dedicate this to someone you love shopping and was at that moment when I thought of you. May God bless you, I love you not forget… Continue

Why I seek peace?

As a missionary in South Korea (1963-1966) I was recruited by the USAF as an auxiliary civilian chaplain.I was troubled by some of the things I saw and was told by active military, and by the progress of the VN action.The situation was grim and getting worse. At the time my wife and I were serving orphans and street children on the church mission.